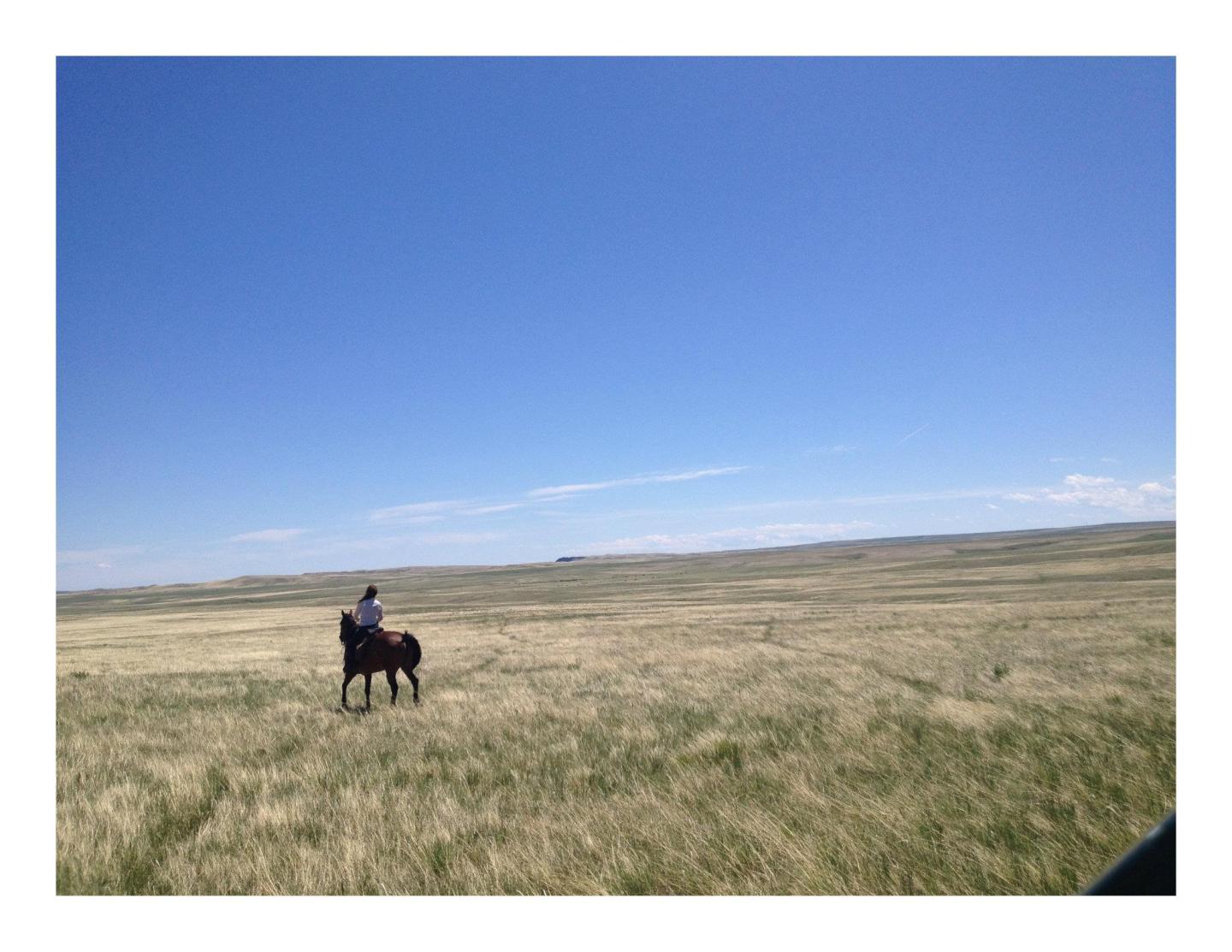 Sky fringed by a knotted ginger mane. Between two smooth ears I could make out the shape of a face in the overhead cloud. She was up and I was going to have to make a choice. Raised precariously on two legs, the mare was making her protest known and was willing to sacrifice herself in the process. My hands tried to hold, pulling the thin pieces of leather towards my chest. I could just make out the “hands forward or you’re going over…FORWARD!” from the cowboy next to me. This was not a battle I was going to win.I could not fight nature; I could not fight gravity, I had no power. It was almost a relief. I slipped my feet out of the stirrups and let go of the reins.

The fall felt slow and inelegant, I landed flat on my back, air rushing from my lungs like a sandwich bag popped by a small boy. I tried to gather myself. I was coated in a layer of dust. The mare made a quick escape, kicking her heels in my direction.

The cowboy stopped “You hurt?”

I wasn’t and I tried to prove it by getting to my feet and brushing off the dust like it was a small inconvenience.

“I reckon she’s had enough for today, I’ll go grab her, put her in the truck and come back and get you, ok? Don’t look worried, she’ll be ok”

With that he took off at a lope, looking like every cowboy in every spaghetti western I’d ever seen. Within minutes he was gone from view.

The plains were deceptive. Looking to the naked eye to be flat, the earth moved in slow grassy waves, dipping and weaving and hiding all manner of creatures. Nothing to be seen in any direction. No trees, no houses, just grassy plains till horizon. An ocean of nothing.

A low moan, the wind appeared to voice my discontent better than I could. I understood how the pioneer women went crazy out here. The wind alternated between siren and banshee.

I had seen my first rattlesnake only 30 mins before (from the safety of a truck) but it wasn’t a rattler I was afraid of.

I was afraid of the dam wall that was crumbling under the drip of a few wayward tears. I was not hurt. My ego was bruised and I was worried for the mare, but all in all nothing was wrong. But minute by minute the reason I was in Montana in the first place had begun to bust through frayed seams and show.

With the first tear, came a second and then a third and being winded had turned into gasping. My Dad had gone. Not to the shops, not down the road. He had died and I still didn’t understand how that was possible. How someone so hardy and so robust could succumb to something as lowly as death. I was disappointed in him.

The wind and I howled together for the first time. The grass bowed before me in great waves and I knew things were different. In what seemed like a small eternity the cowboy returned leading a big ugly appaloosa. I knew the horse. “You hurt?” He repeated again, looking warily as what was surely a dirty and tear stained face. I looked at his concerned face. “Yes, but I’ll be ok” And as I clambered onto that ugly, patient, lovely Appaloosa and started off over the plains, I knew I was right. 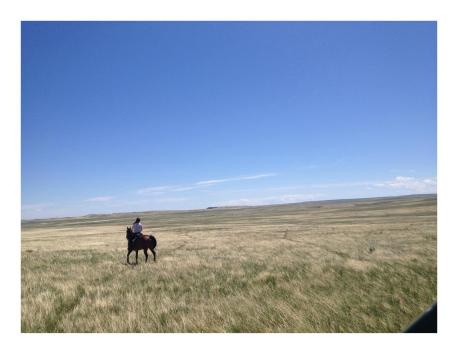 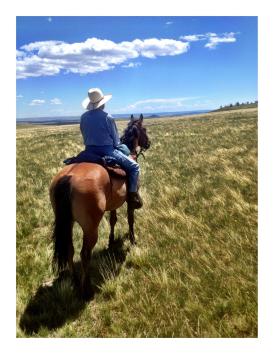 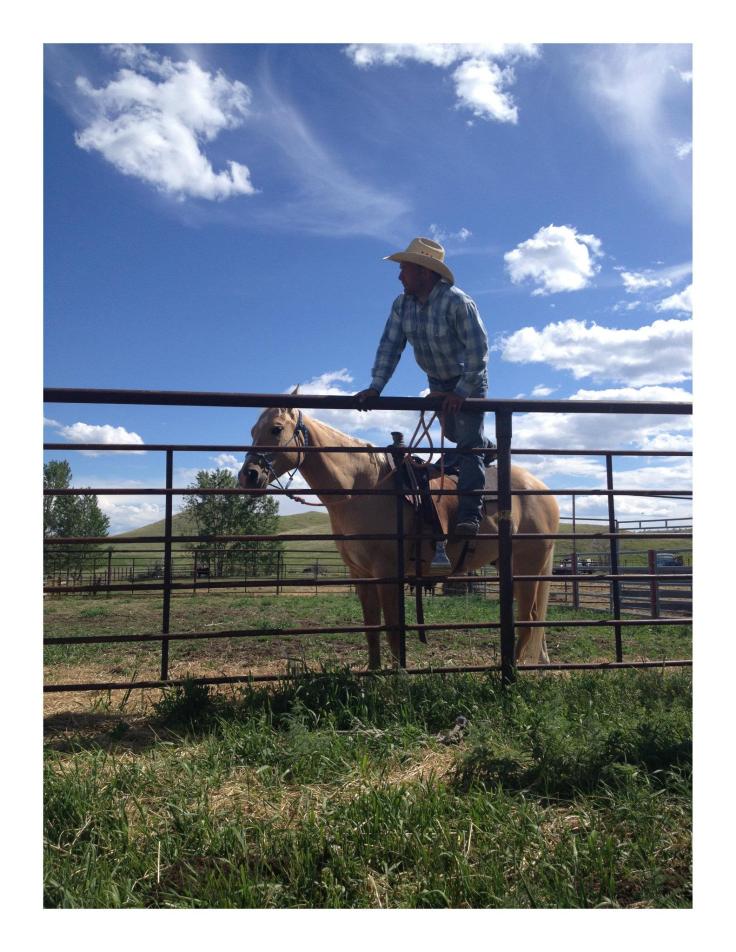